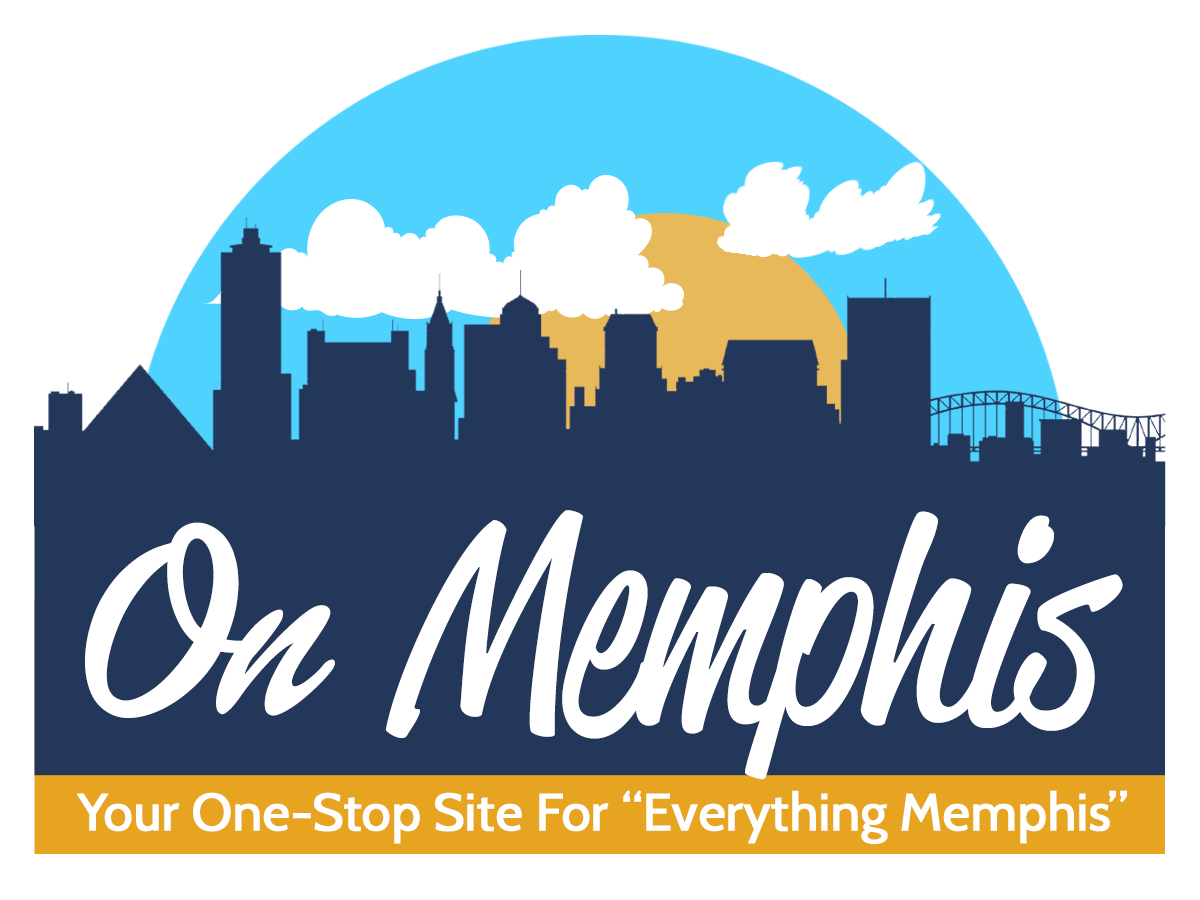 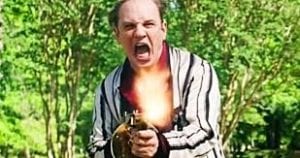 Sometimes the meaning of a life is revealed at the end of it. We’ve seen that in film for decades, and perhaps the best example of this is Citizen Kane.* After a meteoric rise and a life spent in journalism and the halls of power, Charles Foster Kane is moments away from death. He whispers, “Rosebud,” and as the film commences, we learn that all the power and prestige in the world is meaningless without love.

A real life tends to be messier. Sometimes that’s problematic, and reality is jettisoned in favor of a narrative. The end result might look a bit like Braveheart, a cracking good movie that only bears a passing resemblance to the life lived by William Wallace. Other times a life lends itself more comfortably to a movie. Spike Lee’s outstanding Malcolm X didn’t require many inventions to make its subject fascinating and inspirational.

For the most part, though, real life tends to be messy and mysterious. We’ve all known someone who behaved in a certain way that left us baffled and exclaiming, “What the hell was that all about?” We may have even acted that way ourselves. Why? We haven’t the foggiest, yet that mystery can feel compelling.

Somewhere along the line, Josh Trank was ensnared by that compulsion. He got the attention of audiences with his excellent debut film, Chronicle. He lost that same attention with the lousy Fantastic Four. Years were spent in director jail. Talented filmmakers eventually break free, and Trank has done just that with the fascinating and deeply strange biopic Capone. 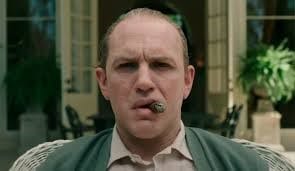 He influenced elections. He was the unofficial mayor of the city of Chicago. A word from him could elevate a life — or end it. For a little while there, Al Capone (Tom Hardy) had it all. In 1931, things got bad when he was found guilty of income tax evasion. A smart man would have taken additional steps toward legitimacy. A smarter man would have sought treatment for the syphilis Capone contracted as a teenager.

Instead, Capone retreated to a palatial Florida estate. He spends the last year of his life surrounded. Men with binoculars peek through the trees, watching him. Alligators lurk in the swamp waters lapping at his patio. His men roam the grounds, alternating between boredom with the unchanging scenery and low-grade terror toward their boss.

You see, syphilis has torn through the brain of the man who hated to be called “Scarface,” and preferred the nickname “Fonzo.” When he’s not sitting motionless, Fonzo is muttering unintelligibly. When he’s not muttering, he’s slinging vile insults and indulging paranoid fantasies. His wife Mae (Linda Cardellini) cares for him. His old associate Johnny (Matt Dillon) mourns the crime lord he once knew. Dr. Karlock (Kyle MacLachlan) knows Fonzo’s time is limited.

Why do they all put up with him? It’s because of the $10 million that Fonzo hid on the property somewhere. Only Fonzo can’t remember where it’s hidden. Instead, he’s tormented by hallucinations and random flashbacks to his violent past. There’s no hope for treatment and no hope for Fonzo to start a new life. Only a reckoning. 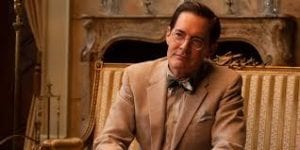 To paraphrase one Edward Nygma; when is a gangster movie not a gangster movie? In a typical movie about Capone, you’d expect time spent on his road to power, an examination of a violent thug thrust into legitimate society, and a juxtaposition between him ordering the murder of rivals and his life as a father and husband. Capone is miles away from being your typical gangster movie, so much so that I’m not exactly sure a) what kind of a movie it actually is and b) whether or not it’s a good movie.

Director Josh Trank has zero interest in making a typical mob movie. Capone feels much closer to psychological and body horror. We’re immersed in the nightmare of a physical creature losing control of his bladder and bowels,** the loss of his strength and vitality, and the fracturing of his mind. While Trank is dealing with a protagonist that’s almost totally chaotic, his direction is very controlled. His shot composition and lighting feel precise, and his pacing feels deliberate. It’s all in service to something specific. But what?

Trank also wrote the screenplay, and here’s where things get tricky. Up front, it behooves me to tell you that I’m not sure exactly what Trank is trying to say with this screenplay. The vast majority of it features Fonzo wandering his estate in his pajamas while everyone else looks on with either pity or alarm. Are all these people enduring Fonzo’s behavior in the hopes of nabbing his loot? Sure, some of them are. But we never get a sense of how each character truly feels about him. I also wasn’t sure how to feel about Fonzo himself. Should I feel sympathy for this pathetic wreck or a sense of satisfaction watching a monster struck down by his own appetites? Add to that the effort it takes to hang out with a protagonist who’s losing his marbles and the emotional walls thrown up between him and everyone else, and you can see how the film is a challenging watch.

Speaking of challenging, let’s talk about the cast for a spell. It’s almost as if we’re dealing with two movies with two casts that never fit together. The first is a fairly standard upper-tier mob movie, in which Linda Cardellini does good work playing the long-suffering Mae, and Matt Dillon is entertaining as one of Fonzo’s scumbag associates. This is all fine. Then there’s the other movie with Tom Hardy, a character study where he’s delivering a massive and lived-in performance with notes of both Brando and Orson Welles. I know, Tom Hardy loves doing goofy voices and here he sounds like Joe Pesci with severe throat cancer. However, watch his eyes in every scene. You can see the frustration and anger, but more so, you can see the fear that he has, that everything is slipping away and all he can do is watch it happen. Hardy is playing a guy used to being in control who can’t control himself, and he’s a witness to his increasingly bestial behavior. 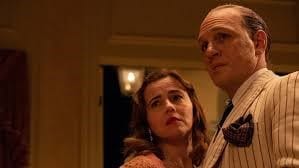 So, who is Capone for? Nobody, except for Trank himself. There was something about the figure of the diminished Capone rotting away in a swamp that got its hooks into Trank. I wish I had a better sense of what that was, but I think the problem is with me and not him. Josh Trank is wasted making four-quadrant blockbusters, as is Tom Hardy. If their time is spent making films with this level of skill, then I think it’s time well spent, regardless if anyone enjoys it.

*Spoilers for a 79-year-old movie.

**And I kind of wish we weren’t immersed that much.

Tim Brennan
Tim has been alarmingly enthusiastic about movies ever since childhood. He grew up in Boulder and, foolishly, left Colorado to study Communications in Washington State. Making matters worse, he moved to Connecticut after meeting his too-good-for-him wife. Drawn by the Rockies and a mild climate, he triumphantly returned and settled down back in Boulder County. He's written numerous screenplays, loves hiking, and embarrassed himself in front of Samuel L. Jackson. True story.
Tagged: CaponeMovie ReviewsTime Brennan 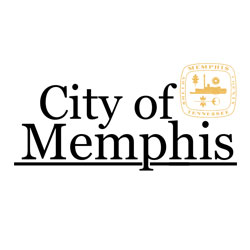 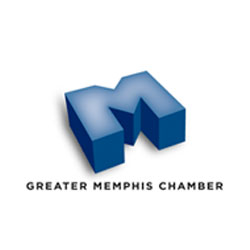 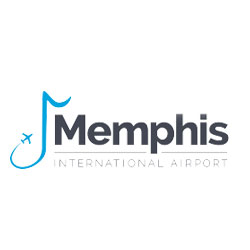